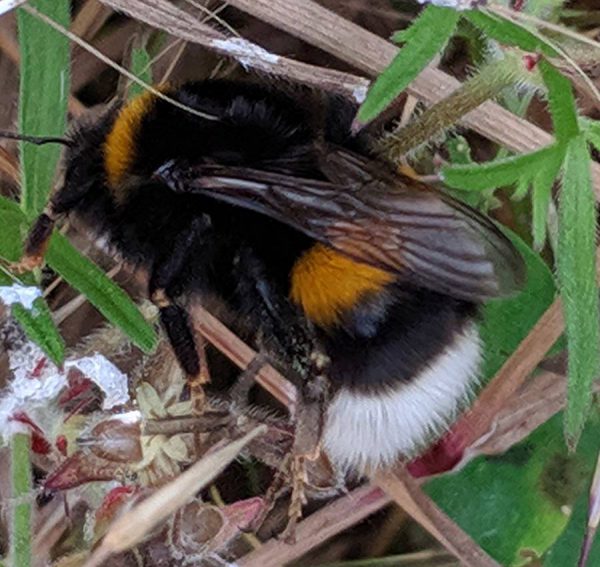 The UK has an amazing 270 species of bees, 250 of which are solitary.  But do you know your bees?  This brief blog is bee ID made easy! Identifying them can be tricky – for example, some have white tails, some red and some ginger-yellow, but are different species!  So further ID can be helped by banding patterns and legs!  For example, the buff-tailed bumblebee has two bands, the Garden bumblebee 3 – yet they look like the same bee species at first glance.

Then you have to grapple with whether the bee is a bee or a cuckoo bee – a bee that lays its eggs in another bee’s nest, just like the cuckoo bird.  Cuckoo bees, like male bumblebees, have hairy hind legs and no pollen baskets.

Cuckoos also have dark wing membranes, a v-shaped or gently-scalloped edge to the top of the tail colouration, a small brush of black hairs at the end of the abdomen, and short faces.  Found a bee with a long face – it is definitely not a cuckoo.

To further muddy the waters, you have to contend with whether the bee is a queen or a worker, as they are generally similar – for example, Queen Buff-tailed bumblebees have an orangey buff tail, whereas workers have white tails (which often makes them indistinguishable from worker White-tailed bumblebees!).

Finally, male bumblebees have hairy hind legs without a pollen basket (but, as usual there is an exception though –  female cuckoo bees also have hairy hind legs).  Males, as per humans,  usually have more facial hair than females – and in several species this is a bright, obvious yellow. Males also generally have longer, more straggly hair (hippie bees?), so, as Bumblebee Conservation Trust sum it up, if your bee has hairy legs, a moustache, and looks slightly unkempt it’s probably a male!

Despite the difficulties, it is great fun identifying the bees you have found amongst the wildflowers, and there are plenty of photographic resources online to further help with identifying species.  Hee’s our brief chart of just 5 species: 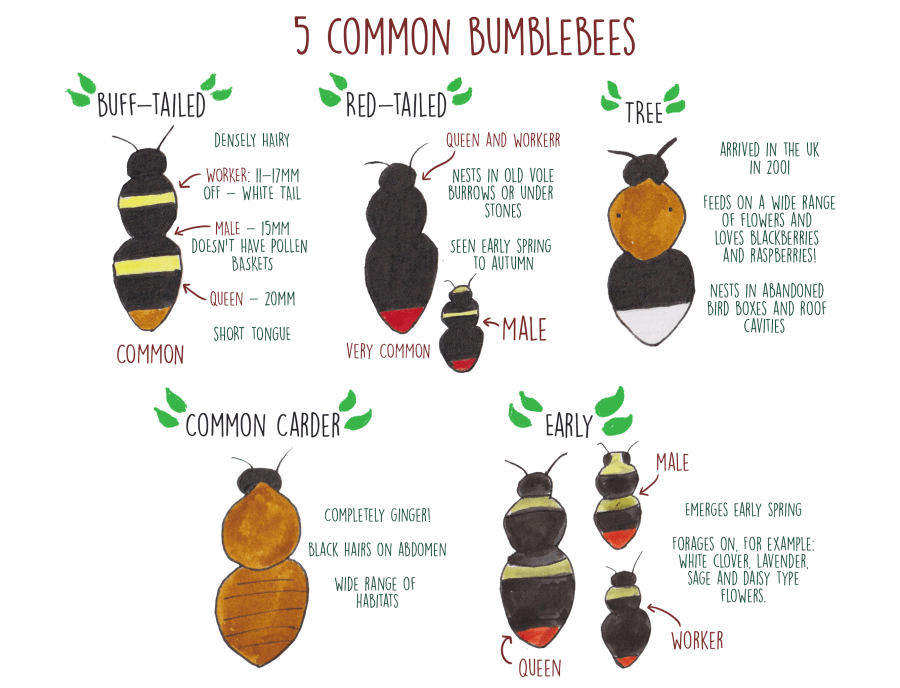